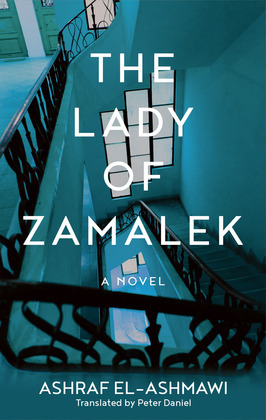 The Lady of Zamalek

Spanning twentieth-century Egyptian history and opening with the true story of a prominent Cairo businessman’s murder, this rags-to-riches story wondrously combines real-life events with fiction, told by a “magical storyteller”

It was in the spring of 1927 that Cairo's attention was captured by the shocking murder of prominent businessman Solomon Cicurel in his Nile-side villa in the upscale Zamalek district. It was a burglary that went wrong, and four culprits were soon arrested. Their trial was concluded swiftly, their punishments were decisive, and society breathed a sigh of relief.

In Ashraf El-Ashmawi's telling, there was a fifth accomplice, Abbas, who fled to his home in the countryside to lay low until the murder trial blew over. However, he did not escape empty-handed and kept stolen documents from Cicurel's villa, ones that he imagined would lead him to a hidden safe. Abbas hatched a plan to return to the capital, find the safe, and make his fortune. The first step was to place his sister Zeinab with Cicurel's widow, Paula.

Abbas’s rags-to-riches story unfolds as a tale of modern Egypt, taking in the Second World War, the 1952 revolution and rise of Nasser, the 1967 war, and the Sadat and Mubarak eras. Spanning the 1920s to the 1990s, El-Ashmawi deftly weaves together history with fiction in this intriguing English-language debut.