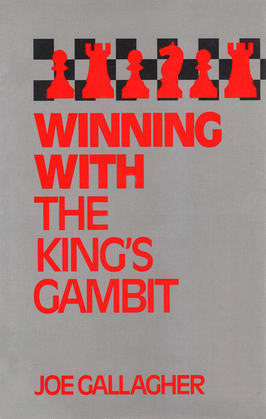 Winning with the King’s Gambit

by Joe Gallagher (Author)
Buy for $11.99 Excerpt
Nonfiction Nature, recreation and sports Games Checkers Crafts & hobbies
warning_amber
One or more licenses for this book have been acquired by your organisation details

'This romantic opening is a real rarity at top-level chess. Probably the greatest expert on this line right now is England's Grandmaster Joe Gallagher.' - Nigel Short in The Daily Telegraph

The King's Gambit has always been a great favourite of tactical players. However, since its heyday in the nineteenth century, it appeared only sporadically in Grandmaster chess. Recently, this has begun to change, and the King's Gambit has once again become a force to be reckoned with. A whole host of new ideas have appeared, many of them introduced into international competition by the author himself and explained in this book.