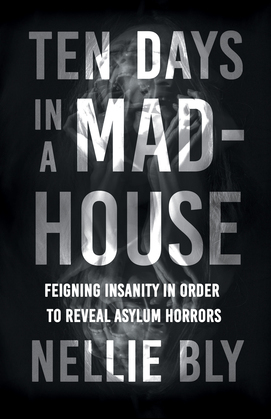 by Bly (Author)
Buy for $5.99 Excerpt
Nonfiction Social science Criminology Human science Language arts & disciplines Journalism
warning_amber
One or more licenses for this book have been acquired by your organisation details

?Ten Days in a Mad-House? is an 1887 work by American journalist Elizabeth Seaman. Originally published as a series of articles for the New York World, the book contains Seaman's ground-breaking exposé of an asylum which she infiltrated by feigning insanity. ?Ten Days in a Mad-House? led to a grand jury investigation and increased funding for the Department of Public Charities and Corrections, as well as an entirely new style of investigative journalism. Elizabeth Cochrane Seaman (1864?1922), also known as Nellie Bly, was an American industrialist, journalist, charity worker, and inventor famous for her 72-day trip around the world in the footsteps of the fictional Phileas Fogg. Other notable works by this author include: ?Six Months in Mexico? (1888), "The Mystery of Central Park" (1889), and "Nellie Bly's Book: Around the World in Seventy-two Days" (1890). Read & Co. Books is republishing this classic journalistic work in a new edition complete with an introductory biography by Frances E. Willard and Mary A. Livermore.