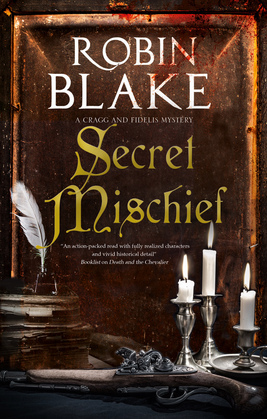 The discovery of a body in a pigsty, shot to death, leads Coroner Titus Cragg and Dr Luke Fidelis into a complex and baffling murder investigation.

April, 1746. When County Coroner Titus Cragg is called to examine a body found shot to death at a local farm, he finds himself drawn into a bizarre and complex case where nothing is as it first appears. As he questions those who knew the victim, it becomes clear that not everyone is telling him the whole truth.

Could the motive for the murder lie in a dangerous contract the dead man had signed more than twenty years before, a so-called tontine agreement? Just what does the victim's enigmatic lawyer, Ambrose Parr, know that he's not revealing? As he and Dr Luke Fidelis attempt to track down the six other signatories to the contract, Titus realizes that if they do not find answers - and fast - more violent deaths will surely follow.