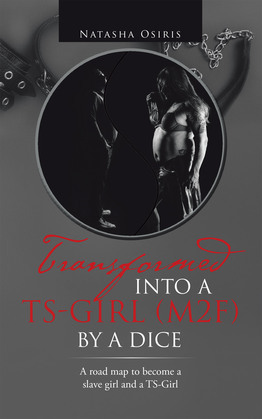 Transformed into a Ts-Girl (M2f) by a Dice

This work is about male to female transition and voluntary slavery. About dominance and submission. It is partly a work of explicit erotica. FLR (Female Led Relationship) was the foundation in this feminization experiment.


Humans are complex creatures who have different motives for displaying certain behaviors. Major drivers are love and fear, disapproval, and approval. The dice experiment was conducted to see if the game could lead to a gender swap. We did not believe in that possibility. But it was possible. That is why this book has become a roadmap for those who want to walk that path voluntarily. This book is a source of information for Trans-women and Femidom?s with a lot of (sexual) techniques. Labelling or generalizing e.g., LGBT are the tools of discrimination of the limited mind.