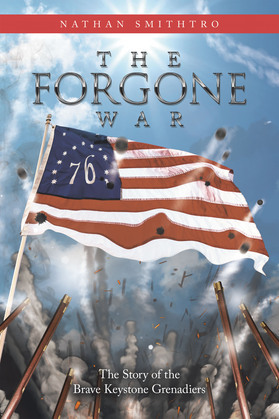 On the same day that America declares war on England and Canada, young apple farmer Simon Smithtrovich recruits his four best friends and creates the Seventy-Sixth Pennsylvania, an elite crack company of grenadiers intent on stopping at nothing to ensure America retains its freedom.

Some two years later as Major Smithtrovich and his friends, Celestia and Daisy Rose, Timmy Miller, and Brittany Benson bravely march forward into the Battle of Chippewa, their first major fight of the war, they have no idea that they are all about to be tested in ways they never imagined. As their friendships are challenged both physically and mentally in some of the war?s terrible battles that include Lundy?s Lane, Bladensburg, and New Orleans, the men and women of the Seventy-Sixth Pennsylvania transform into extraordinary soldiers of their time who are determined to uphold the same principles their families fought for in the Revolutionary War.

In this historical novel, a young American apple farmer and his four best friends are forced to fight against the British and Canadian armies during America?s second war of independence.