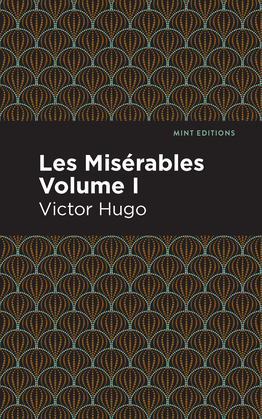 Les Misérables Volume One: Fantine is the introduction to Victor Hugo’s acclaimed historical novel centering a weary hero and heroine torn by poverty and politics. It’s a captivating story marked by love, betrayal and ultimately, loss.

The story follows former convict, Jean Valjean, who spent nearly two decades in prison for stealing food for his family. After he’s released, Valjean is unable to find work or proper lodging. He’s forced to sleep on the streets before a kind soul offers him food and shelter. Valjean decides to change his name, creating a new life for himself as a successful factory owner and mayor.

Valjean’s rise coincides with the decline of a young woman named Fantine. She is a single mother who is struggling to support her daughter Cosette. Due to the child’s illegitimacy, Fantine is unable to keep a job and is forced into prostitution. When the overzealous Inspector Javert arrests Fantine, the mayor intervenes on her behalf. This decision leads to an unexpected reveal and unfortunate tragedy.

Les Misérables Volume One: Fantine features two of the most popular literary characters ever created. Both Fantine and Jean Valjean are beloved yet harrowing figures. They are part of a captivating tale that’s been adapted multiple times for stage, television and film. The most notable being the 2012 Oscar-winning production from director, Tom Hooper.


With an eye-catching new cover, and professionally typeset manuscript, this edition of Les Misérables Volume One: Fantine is both modern and readable.