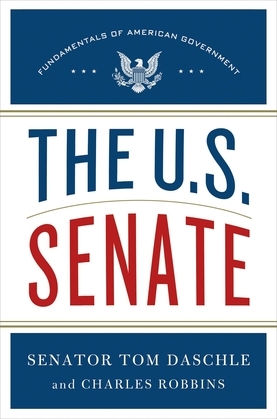 The second entry in the civics series clearly and concisely explains how the United States Senate works.

The U.S. Senate is the second book in the Fundamentals of American Government civics series, exploring the inner workings of this important part of the legislative branch. As with Selecting a President, this book is written for all audiences, but voiced toward high school seniors and college freshmen?or any citizen interested in a concise yet authoritative exploration of this representative entity. Written by former Senator Tom Daschle, and co-written by acclaimed journalist Charles Robbins, this compelling and digestible book carefully examines and explains exactly how the Senate operates. From its electoral process to voting procedure, historic beginnings to modern day issues?there is no area of this governmental body left un-revealed. Told with an insider's perspective there is not a more defining or easily accessible compendium detailing the U.S. Senate.