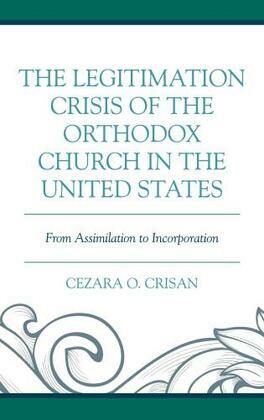 The Legitimation Crisis of the Orthodox Church in the United States

As immigration and religion remain important topics in contemporary social, political, and academic debates, The Legitimation Crisis of the Orthodox Church in the United States: From Assimilation to Incorporation analyzes the assimilation and incorporation of contemporary Eastern European Christian immigrants into American society by using the theory of the legitimation crisis. This book illustrates how these immigrants perceive the role and meaning of the Church and the extent to which they embrace the Americanization of this institution. Crisan explores the Orthodox Church’s willingness to respond to the changes in the composition of its immigrant churchgoers and their needs in a context where the Church must choose between promoting its traditional religious message and supporting the ethnic identity of its congregation.