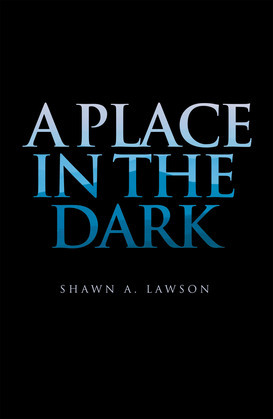 A Place in the Dark

In the fall of 1966, in the mountain town of Boone, North Carolina, three teens wrestle with what life will hold after graduation. Each with baggage out casting them from the rest of the town, the three rely on each other for support. Amber, the orphaned daughter of a tarnished woman, Curtis, a mentally handicapped teen with severe social disorders and Sonny, the son of the town alcoholic. Amber and Sonny are in love and both protect Curtis to a fault. The trio form an unbreakable bond inside their own little bubble. Sonny is the strength that binds them together, but when events happen that force him to enlist in the Army, he is pulled from the group and sent to fight the war in Vietnam.
Returning to Boone years later, Sonny, now mentally and physically broken from his experiences in the war finds that things have changed. Having lost touch with everyone, Sonny finds that Amber has moved on to an abusive relationship, Curtis? mental health have spiraled out of control, and that his own father is struggling with health issues.
Sonny is determined to get his life back in order and help the ones that he left behind years ago. Working through his own demons, Sonny is once again immersed into a toxic small town where everyone is a little bit broken. He finds that his need to help Curtis has not waned, nor his love for Amber. Wanting nothing more than to fulfill a promise made years before, Sonny struggles with life after the war, while still dealing with the war at home.