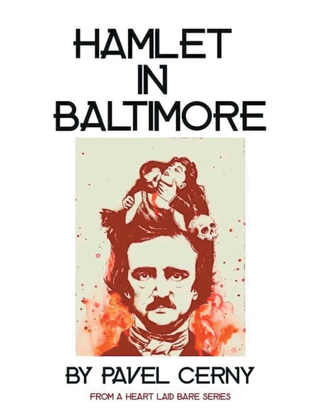 HAMLET IN BALTIMORE is a horror about the 5 year old Edgar Poe and his two actor parents being murdered by a vampire. It is a wholly made up fantasy. In reality Poe's alcoholic father left the family when Poe was 1 1/2 years old, and his mother died of consumption when he was 2. Instead, this is a fiction about what formed E.A. Poe's life and work.
The book is Part One of the planned A Heart Laid Bare series. Part Two-THE BLUE BOTTLE, about the author's strange relationship with his 13 year old bride Virginia, is scheduled for a later 2021 release.