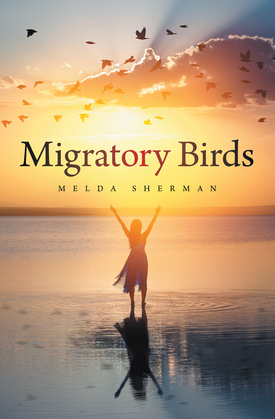 In the United States, Melda is about to receive the ?Best-Selling Female Author of the Year? award from the famous talk show host Oprah Winfrey at a ceremony attended by the president of the United States. She?s walking on air. She has shown that she can fulfill her dreams and be a success story despite a host of challenges.
On her way to the ceremony with her family, she pores over her past life, the heroes of her book, and their intersections in life.
Her novel Migratory Birds is a tale of her life, others? lives, how they changed the course of their lives, and how they adapted to their new ones. A tale of rebirth, a tale that became everyone?s story. This is a story of the struggle for life in the face of fears and challenges. Today, yesterday, even two centuries years ago . . .
This is the story of Lady Mary and Lord Charles de Veille, who escaped the French Revolution and ended up in Boston. After a difficult two-month cruise, they embarked on a new life with her pregnant sister and their parents.
The story tells of their arrival in Boston after a stormy voyage and how they settled down, their struggle with the Mohawk natives, and becoming Americans.
This is the saga of Reyhan, who lived in Ankara, Turkey, in the 1970s, and her violent, womanizing tailor husband and how she came to America.
Her story of clinging to life with her abusive husband in Boston. Her divorce and meeting her second husband, André, the love of her live, and becoming Madame Renée.
A story about raising two children and becoming a strong woman.
Charlie migrated from Ireland, leaving behind his alcoholic, aggressive brothers, and came to New York at the beginning of the 1900s to live the ?American Dream? after seeing it on a brochure calling Irish people to America. He settled in Massachusetts after working on skyscrapers in New York.
And of course, Leyla?s story . . . The tempestuous story of award-winning architect Leyla Vardar and her husband, Yaz. Events that unfolded right during the best period of their lives led to them starting all over again in another country.
All these people came to America like migratory birds and made a new life. The challenges underlying their new lives, envied from the outside; the prices paid; and the lives gained . . . Aren?t these lives and stories the stories of all people?