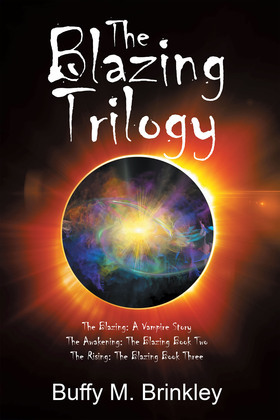 THE BLAZING
Richard is a vampire. Viveca is the dream walker warrior who can save him. The Blazing is the cure, but it comes with a terrible risk. Can Viveca and Richard find a way through it without it costing them their lives or the love they have come to share?

THE AWAKENING
Richard is human again but Viveca sacrificed so much to save him. Can she find a way back to the warrior she once was? Forces of darkness are gathering in number and an enemy awakens. Can Viveca and Richard find the strength they need to fight it?

THE RISING
Viveca might lose Richard. The vampire returned and now there are two spirits at war within him. Something is happening to Richard. The rising is upon him and it comes with a power he must learn to control if he’s to protect everyone he loves.