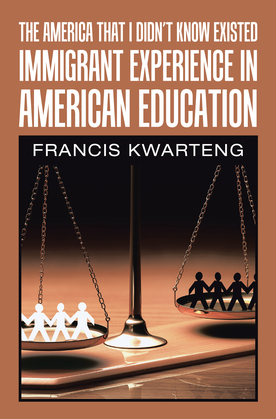 The America That I Didn’t Know Existed

The American Dream is a popular concept. It is a celebrated mantra. But does it really exist? Even if it does, is it for everyone? The American experiment tells a different story. Examples abound of many for whom the American Dream is an empty rhetoric. Although America prides itself on liberal ideas of equity, social justice and equality for all, harnessing the potential benefits of the American Dream is far from true for many hardworking, educated Americans. Inasmuch as the American Dream may exist for some, white privilege, employment and educational discrimination, racism...may stand in the way of achieving one's fullest potential. This is compounded by the Eurocentric content of the American curriculum which denies equal representation to non-white Americans in the marketplace of ideas, reinforcing their sociopolitical and epistemic marginalization.

"In a remarkably wide ranging and moving book Francis Kwarteng has provided us with one of the most honest and earnest assessments of what immigrants find in the United States. The book The America That I Didn't Know Existed reminds me of the complex reasons people are attracted to the American society and the disappointment that they find when they sometimes discover that what one reads about America is not truly the best way to know America. Kwarteng has lived, studied, and learned in America and he counts these experiences as blessings as anyone would who has seen possibilities. However, this determined intellectual has shown us a path forward with acceptance and humanity. This riveting book has the making of an incredibly powerful drama as well."

Molefi Kete Asante, author of Erasing Racism: The Survival of the American Nation

"Francis Kwarteng's book recounts his personal journey to America by reliving the challenges and struggles he had to overcome to realize that the dream he once imagined was only a mirage. The author provides the rationale behind his decision to come to America and the subsequent disillusion with the gap between his aspirations and realities on American soil. Framed within the intellectual lens of Afrocentricity, Kwarteng exposes and critiques the prevailing dominance of Eurocentric constructs that systemically dehumanizes, and perforce disempowers, persons of African descent. The result of this is a readable, empowering page-turning memoir that will resonate with every African immigrant."