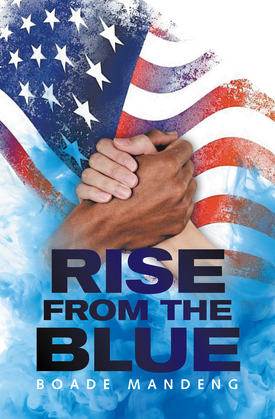 Rise from the Blue

The book tells us the story of John Nobola, an immigrant of color who came to the United States of America with high hopes of finding refuge and happiness in a noble society. Once there, he realizes that many things have changed, over the course of a few years, from promising to deteriorating.
Nobola witnesses various scenes of social violence and destruction; he is then critical of one wing of the political hierarchy which in particular favors those behind the social unrest.
At the end, he feels the disappointment that the America he had dreamt of may be leaning backwards. Often, Nobola takes his frustrations out through public events, social media and conversations with friends and family. Still he remains hopeful for a better future of the country and praises the efforts of some very patriotic politicians.