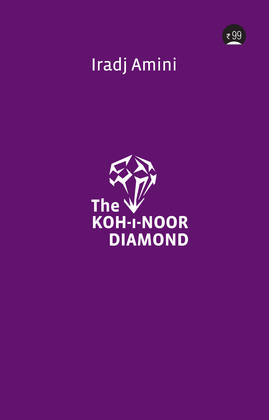 by Iradj Amini (Author)
Buy for $9.99 Excerpt
Nonfiction History History by country Asia India
warning_amber
One or more licenses for this book have been acquired by your organisation details

A courtesan had told Nadir Shah that the priceless diamond hidden in Mohammed Shah's turban. Citing an ancient tradition, the victor demanded an exchange of headgear. At last the diamond was his. Or was it? Hastily he undud the folds… Wonderstruck at the gem's size, brilliance and beauty, he exclaimed, 'Koh-i-noor'! 1739: the gem now had a name. One fabulous diamond whose value could feed the entire world for two-and-a-half days. Four race: Indian, Afghan, Persian and English, whose destinies were inextrcably involved with this gem. A Persian oilman's son who went on to virtually rule Golconda and its vast diamond mines. A Mughal prince, hated by history, who was sinned against as much as sinning. Only an Indian or Persian couild tell this great story with all its nuances.