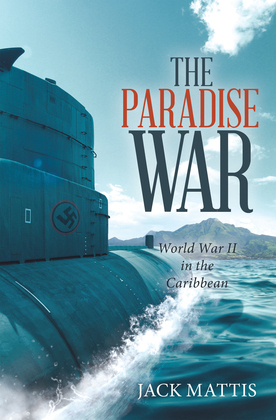 One of the untold stories of World War II, ?The Paradise War? is about gold. French gold. Three-hundred-fifty tons of bullion dispatched by man-of-war to the French West Indies when the Nazis overran the mother country in the spring of 1940. A goodly portion of the wealth of France, the gold was secreted behind the walls of an ancient fortress on the island of Martinique. There it lay in the early years of the war while Nazi U-Boats prowled the Caribbean and the island braced for invasion, a treasure far too tempting to resist. When America entered the war in December of '41, Martinique was the gateway to the West Indies, the Gibraltar of the Caribbean. French warships were bottled up in the Bay of Forte de France, invasion plans were being drawn up by British and Americans, and with the gold smoldering in the hills, the island was a hotbed of confusion and intrigue.

Enter Dante O'Shea, US Navy Captain, sent to Martinique to seek out the mysterious "Skipjack," an enigmatic islander who has uncovered a plot to hijack the gold. Enter also Oberleutnant Viktor Reinmann, special envoy of German Admiral Karl Doenitz and a young submariner seeking more than gold in this balmy island paradise. Meet Christopher Delon, a French castaway with a volatile secret of his own and Nikole Rollet, physician and artist, who knows the island and its secrets better than the drawing rooms of her native Normandy. And last but not least, meet Lillette Bonnier, the youthful courtesan who may hold the key to the survival of them all.