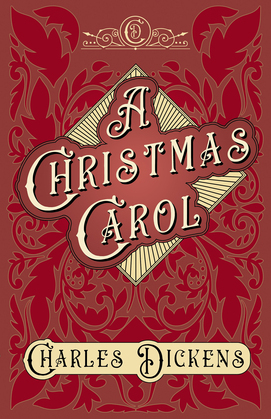 ?A Christmas Carol? is a 1843 novella by Charles Dickens. It tells the tale of an elderly miser named Ebenezer Scrooge who is transformed into a kinder, gentler man after receiving visitations from his former partner Jacob Marley, together with the ghosts of Christmas Past, Present, and Future. Originally published on the 19th December, the first edition had sold out by Christmas Eve, with a majority of critics giving it agreeable reviews. The story has never been out of print and has been adapted numerous times for film and stage. A classic of English literature and a must-read for fans and collectors of Dickens's seminal work. Charles John Huffam Dickens (1812?1870) was an English writer and social critic famous for having created some of the world's most well-known fictional characters. His works became unprecedentedly popular during his life, and today he is commonly regarded as the greatest Victorian-era novelist. Although perhaps better known for such works as ?Oliver Twist? or ?Great Expectations?, Dickens first gained success with the 1836 serial publication of ?The Pickwick Papers?, which turned him almost overnight into an international literary celebrity thanks to his humour, satire, and astute observations concerning society and character. This classic work is being republished now in a new edition complete with an introductory chapter from ?Appreciations and Criticisms of the Works of Charles Dickens? by G. K. Chesterton.