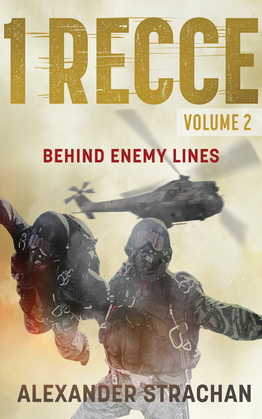 1 Recce: Behind Enemy Lines takes the reader into the 'inner sanctum' of one of the sharpest, most versatile and deadliest specialist units in the former South African Defence Force. In their own words, Recce operators recount some of the life-threatening operations they conducted under great secrecy in Angola, Rhodesia and Mozambique during the late 1970s. Operators sweat in aircraft or in submarines deep below the ocean's surface. They brave crocodile-infested rivers in the dark of night. Recces place explosives in a train tunnel deep inside enemy territory and transform a large fuel storage facility in an Angolan port city into a fiery inferno. There were intense firefights, victories, but also losses . . . Those who were there give first-hand accounts of the tension, anticipation, fear, adrenalin, exhaustion, thirst and grief they experienced, but also of the humorous moments and the close bonds of friendship that were forged in situations of mortal danger. 1 Recce: Behind Enemy Lines is the award-winning author and former Recce Alexander Strachan's sequel to his bestseller 1 Recce: The Night Belongs to Us.