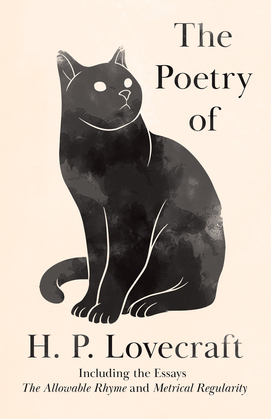 The Poetry of H. P. Lovecraft

Though most famous for his seminal supernatural horror fiction, H. P. Lovecraft also produced a large corpus of poetry, the best examples of which are contained within this brand new volume. Lovecraft's poetry offers us a different side of his writing and personality, although his macabre tastes can still be seen and are employed to masterfully augment his lines. The poems of this collection include: ?Ode to Selene or Diana?, ?On Receiving a Picture of Swans?, ?To the Old Pagan Religion?, ?Unda Or, The Bride of the Sea?, ?Lines on Gen. Robert Edward Lee?, ?To Pan?, ?An American to Mother England?, ?The Rose of England?, ?The Poe-Et?s Nightmare - A Fable?, ?Fact and Fancy?, ?Pacifist War Song ? 1917?, etc. Howard Phillips Lovecraft (1890?1937) was an American writer of supernatural horror fiction. Now-famous creator of the "Cthulhu Mythos", he was unable to support himself financially from his writing and editing work during his life time, his stories not garnering acclaim until long after his death. Today, he is considered to be among the most significant writers of supernatural horror fiction of the twentieth century. Read & Co. is publishing this poetry collection as part of our "Ragged Hand" imprint complete with Lovecraft's introductory essays 'The Allowable Rhyme' and 'Metrical Regularity'.