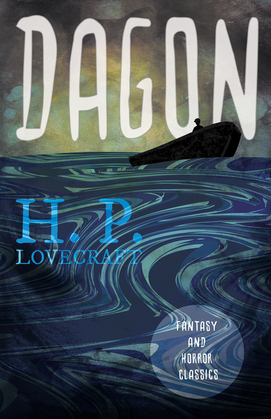 ?Dagon? is a 1917 short story by American author H. P. Lovecraft. One of the first stories he wrote as an adult, it centres around the recollection of a tortured, morphine-addicted narrator who was captured by a German ship during World War I. After escaping his captors, he drifted for many miles before winding up stranded in a hellish place littered with rotting carcasses and home to an ancient horror. A chilling tale by a master story-teller, ?Dagon? is not to be missed by lovers of supernatural fiction and collectors of Lovecraft's seminal work. Howard Phillips Lovecraft (1890?1937) was an American writer of supernatural horror fiction. Though his works remained largely unknown and did not furnish him with a decent living, Lovecraft is today considered to be among the most significant writers of supernatural horror fiction of the twentieth century. Other notable works by this author include: "The Call of Cthulhu", "The Rats in the Walls", and "The Shadow over Innsmouth". Read & Co. is publishing this classic short story now as part of our ?Fantasy and Horror Classics? imprint in a new edition with a dedication by George Henry Weiss.