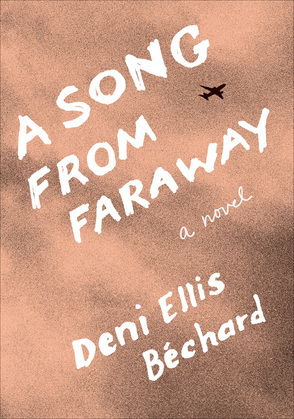 A Song from Faraway

With his first book, the Commonwealth Prize-winning Vandal Love, Deni Ellis Béchard ?reinvented the generational novel with innovative brilliance? (Robert Olen Butler). In his second novel, Into the Sun, he offered ?a ferociously intelligent and intensely gripping portrait of the expatriate community in Kabul? (Phil Klay). Most recently, Foreword Reviews described his third novel, White, as ?captivating, careening, thrilling, and magical.? In this, his fourth work of fiction, Béchard takes readers from nineteenth-century Prince Edward Island to modern-day Iraq, tracing the story of a North American family that is at once singular and emblematic, and exploring the cultural repercussions of war and violence.

Reinventing themselves in often unexpected ways, the characters in this tapestry defy simplification. A pair of half-brothers come together and drift apart, one passive and risk-averse, the other driven by a passionate desire to understand their reclusive father. A student of Mesopotamian archaeology encounters a young Iraqi man and soon finds himself in Kurdistan, researching stolen artifacts along with mysteries in his father?s past. An Irish-Acadian soldier carries his fiddle and folk song across the battlefields of the First World War. An orphan-turned-assassin pursues his target across the deserts of Mexico and Texas, using a novel as evidence for his location. Growing together and then apart, these and others chase their dreams and run from their nightmares, hungry for life and longing for purpose.

Animated throughout by a striking beauty and ferocity, A Song from Faraway pieces together ?stories we tell about ourselves,? illuminating the human condition and our times.