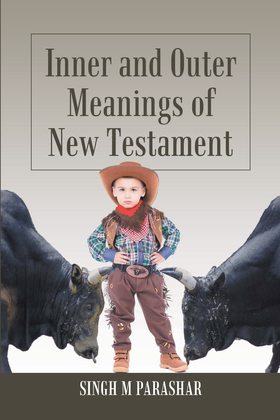 The God Christ is different from the historical Christ .Without a ban on celibacy and asceticism, Christianity will die and disappear from the earth. Most of the teachings given by Christ are meant for sages and saints living in the monasteries, and they are not meant for the common man living in the street. The employers say, ?No work, no pay,? but God says, ?No work, no grace.? According to inner meanings, the dead body of Christ was shifted from the old tomb to a new tomb by one of his followers. A belief in resurrection of Christ is false.God and nature are two different and independent realities in the world. Our libido is created by all the instinct found in human race and in our animal ancestors. The major part of conscience is acquired from society. However, a minority of conscience is innate and transmitted into us from our animal ancestors. The altruist apes preferred to face the tiger and protect their females and offspring. The egoistic ape preferred to run away from the tiger. The interbreeding of altruistic apes and egoistic apes created in man a conflict between good and evil.We can know the difference between right and wrong by the rule of substitution. The sense of space is created by the inverse square law. There is only a phenomenal aestheticism, and there is no transcendental aestheticism. The world is eternal. It is claimed that a woman with six or more breasts can descend on earth either by scientific means or by confining the marriages between those families that give birth to two or more children at one time.This work has been dedicated to martyr Nathuram Vinayak Godse.