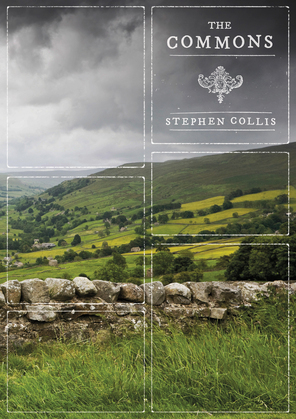 by Stephen Collis (Author)
Buy for $17.95 Excerpt
Fiction Poetry Nonfiction History History by country Europe Great Britain Literary essays Social science Political science History & theory
warning_amber
One or more licenses for this book have been acquired by your organisation details
Between the sixteenth and nineteenth centuries the majority of the English common lands were enclosed, by decree and by force, depriving communities of their independence and self-sufficiency. The resistance to capitalism’s “primitive accumulation,” registered in recurring peasant revolts and nighttime attacks on hedges and fences, failed to stem the tide of what we now call “privatization” – but it spilled over into Romanticism’s own advocacy of a kind of literary commons. Underground in poetry since the nineteenth century, the fight against enclosure resurfaces today amidst continuing accumulation and a renascent sense of the commons under globalization.

In The Commons we wander the English countryside with the so-called mad peasant poet John Clare, pick wild fruit with Henry David Thoreau, and comb the Lake District with a host of authors of Romantic guides and tours, undermining William Wordsworth’s proprietary claim to the region. Somewhere along the way Robert Frost’s wall falls down, the Zapatistas make their appearance, and Gerrard Winstanley reclaims the
earth as a “Common Treasury.”

This second edition includes the essay “Of Blackberries and the Poetic Commons.”

Stephen Collis is a climate justice activist and a professor of poetry at Simon Fraser University.