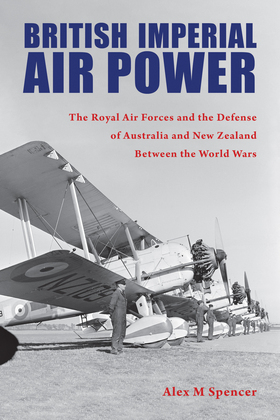 by Alex M Spencer (Author)
Buy for $39.99 Excerpt
Nonfiction History History by country Australia & New Zealand United States Other Military World War I 1945-1989
warning_amber
One or more licenses for this book have been acquired by your organisation details

British Imperial Air Power examines the air defense of Australia and New Zealand during the interwar period. It also demonstrates the difficulty of applying new military aviation technology to the defense of the global Empire and provides insight into the nature of the political relationship between the Pacific Dominions and Britain. Following World War I, both Dominions sought greater independence in defense and foreign policy. Public aversion to military matters and the economic dislocation resulting from the war and later the Depression left little money that could be provided for their respective air forces. As a result, the Empire?s air services spent the entire interwar period attempting to create a strategy in the face of these handicaps. In order to survive, the British Empire?s military air forces offered themselves as a practical and economical third option in the defense of Britain?s global Empire, intending to replace the Royal Navy and British Army as the traditional pillars of imperial defense.