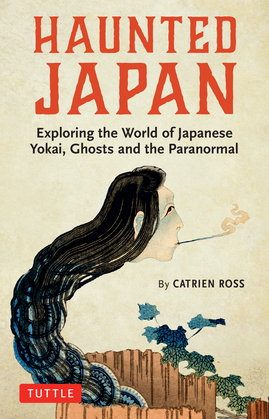 Japanese folklore is abundant with tales of ghostly creatures and the supernatural. In Haunted Japan, author Catrien Ross reveals the legends that have been passed down for generations and continue to terrify us today. To research this book on the country's ghosts, demons and paranormal phenomena, Ross collected accounts from across Japan including:

The result is an unparalleled insight into the dark corners of the Japanese psyche—a world filled with horrifying creatures including Oni (demons with fierce and ghastly appearances), Yurei (Japanese ghosts who inhabit the world of the living), and Yokai (supernatural monsters). The book also includes several traditional Japanese legends, concluding with two of the most famous ghost stories—that of the wronged wife Oiwa and the tale of the Peony Lantern.

This book is richly illustrated with 32 pages of full-color prints of frightening ghosts and legendary creatures from Japan's shadowy past. Haunted Japan is the ideal book for anyone interested in exploring the darker side of Japanese history.