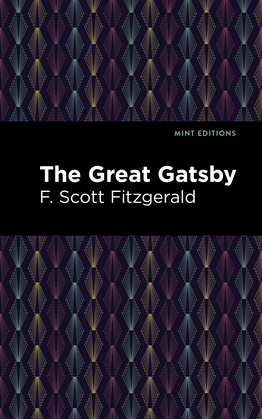 The Great Gatsby (1925) is a novel by F. Scott Fitzgerald. Published at the height of Fitzgerald?s career as a leading writer of American fiction, The Great Gatsby was reviewed poorly by contemporary critics, but has since been recognized as a groundbreaking work for its vision of American decadence and decay. Adapted into several influential films and adored by generations of readers and writers, The Great Gatsby is not only Fitzgerald?s crowning achievement, but one of the finest novels ever written. Nick Carraway is a young veteran and Yale graduate who moves to New York in search of work. He rents a bungalow on Long Island next door to the extravagant mansion of Jay Gatsby, a magnanimous millionaire with a mysterious past. There, he reconnects with his distant cousin Daisy and her husband Tom Buchanan, a flagrant philanderer who brings Nick to the city in order to spend time with Myrtle, his impoverished mistress. Soon, he receives an invitation to a party at the Gatsby mansion, where he gets terribly drunk and meets his neighbor, who swears they served together in the Great War. As time goes by, the two begin a tenuous friendship bolstered by stories of the war and a mutual fondness for alcohol. When Nick discovers that Gatsby and Daisy have a complicated history with one another, he starts to question not only the nature of his neighbor?s kindness, but his own desire to make it big in New York. The Great Gatsby is a tragic tale of ambition and romance set in the Roaring Twenties, a decade born from war and lost to economic disaster. With a beautifully designed cover and professionally typeset manuscript, this new edition of F. Scott Fitzgerald?s The Great Gatsby is a classic work of American literature reimagined for modern readers.