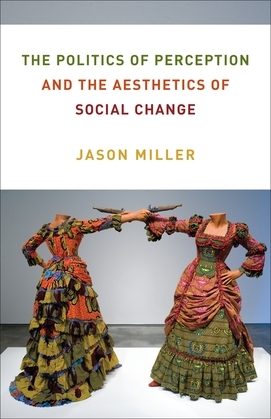 The Politics of Perception and the Aesthetics of Social Change

by Jason Miller (Author)
Buy for $29.99 Excerpt
Nonfiction Human science Philosophy Aesthetics Arts Criticism & theory Literary essays
warning_amber
One or more licenses for this book have been acquired by your organisation details

In both politics and art in recent decades, there has been a dramatic shift in emphasis on representation of identity. Liberal ideals of universality and individuality have given way to a concern with the visibility and recognition of underrepresented groups. Modernist and postmodernist celebrations of disruption and subversion have been challenged by the view that representation is integral to social change. Despite this convergence, neither political nor aesthetic theory has given much attention to the increasingly central role of art in debates and struggles over cultural identity in the public sphere.

Connecting Hegelian aesthetics with contemporary cultural politics, Jason Miller argues that both the aesthetic and political value of art are found in the reflexive self-awareness that artistic representation enables. The significance of art in modern life is that it shows us both the particular element in humanity as well as the human element in particularity. Just as Hegel asks us to acknowledge how different historical and cultural contexts produce radically different experiences of art, identity-based art calls on its audiences to situate themselves in relation to perspectives and experiences potentially quite remote—or even inaccessible—from their own. Miller offers a timely response to questions such as: How does contemporary art’s politics of perception contest liberal notions of deliberative politics? How does the cultural identity of the artist relate to the representations of cultural identity in their work? How do we understand and evaluate identity-based art aesthetically?

Discussing a wide range of works of art and popular culture—from Antigone to Do the Right Thing and The Wire—this book develops a new conceptual framework for understanding the representation of cultural identity that affirms art’s capacity to effect social change.