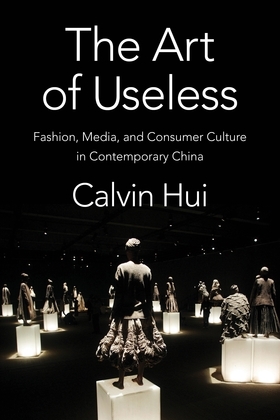 The Art of Useless

Since embarking on economic reforms in 1978, the People’s Republic of China has also undergone a sweeping cultural reorganization, from proletarian culture under Mao to middle-class consumer culture today. Under these circumstances, how has a Chinese middle class come into being, and how has consumerism become the dominant ideology of an avowedly socialist country? The Art of Useless offers an innovative way to understand China’s unprecedented political-economic, social, and cultural transformations, showing how consumer culture helps anticipate, produce, and shape a new middle-class subjectivity.

Examining changing representations of the production and consumption of fashion in documentaries and films, Calvin Hui traces how culture contributes to China’s changing social relations through the cultivation of new identities and sensibilities. He explores the commodity chain of fashion on a transnational scale, from production to consumption to disposal, as well as media portrayals of the intersections of clothing with class, gender, and ethnicity. Hui illuminates key cinematic narratives, such as a factory worker’s desire for a high-quality suit in the 1960s, an intellectual’s longing for fashionable clothes in the 1980s, and a white-collar woman’s craving for brand-name commodities in the 2000s. He considers how documentary films depict the undersides of consumption—exploited laborers who fantasize about the products they manufacture as well as the accumulation of waste and its disposal—revealing how global capitalism renders migrant factory workers, scavengers, and garbage invisible.

A highly interdisciplinary work that combines theoretical nuance with masterful close analyses, The Art of Useless is an innovative rethinking of the emergence of China’s middle-class consumer culture.