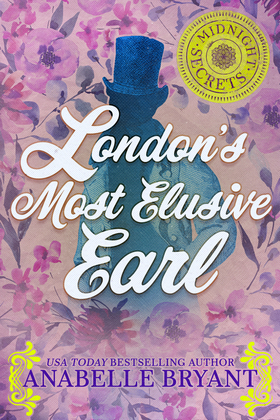 “Your philandering ways need to come to an end. I’ll not have my heritage die by your foolish neglect.” Lord Jonathan Cromford, Earl of Lindsey, is not surprised by his cold-hearted late father’s will and the numerous conditions for claiming his inheritance. But requiring that the rogue first produce an heir is beyond the pale. Still, there was nothing for it but to sacrifice his desires for the sake of his well-being. Temporarily, at least. Yet when Lindsey accidentally meets Lady Caroline Nicholson, he finds that his life is suddenly full of the unexpected . . .

Recently returned to London from Italy, Caroline won’t allow the questionable circumstances of her family’s hasty departure to overshadow her desire to marry well. With the help of her society-savvy cousins, she intends to be engaged before the season ends. But even her best laid plans do not prevent her from becoming tongue-tied upon meeting legendary rakehell, the Earl of Lindsey. She can only hope their instant attraction won’t devastate her future, much less her reputation. Still, as chemistry and fate throw them together, both Caroline and Lindsey may have to choose between comfort and pleasure, fear and truth, security and risk . . .