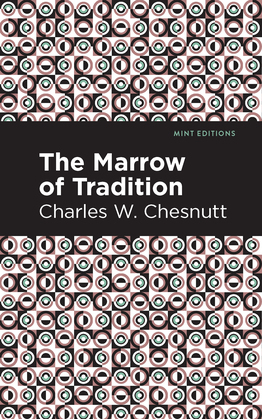 The Marrow of Tradition

by Charles W. Chesnutt (Author)
Buy for $9.99 Excerpt
Fiction Classics Historical Christian Historical
warning_amber
One or more licenses for this book have been acquired by your organisation details

The Marrow of Tradition (1901) is a historical novel by African American author, lawyer, and political activist Charles Chesnutt. Based on the Wilmington Insurrection of 1898—in which a group of white supremacists rioted and overthrew the elected government of Wilmington, North Carolina, killing hundreds of African Americans and displacing thousands more—The Marrow of Tradition follows two interconnected families on opposite sides of the violence.

Set in the fictional city of Wellington, the story begins with Major Carteret, a white newspaper owner whose colleagues and powerful peers are growing increasingly outraged by widespread condemnation of local lynchings. At the same time, a black physician named William Miller is establishing a local medical practice while settling into married life with his wife, Janet, the unacknowledged half-sister of Major Carteret’s wife. When Polly Ochiltree, a local white woman, is murdered, a black servant named Sandy Campbell is initially accused. When the identity of the true killer—a white aristocrat—is discovered, however, and when authorities fail to arrest him, the racial tensions dominating Wellington reach their breaking point. The Marrow of Tradition is a harrowing story of family, race, and identity which brilliantly dissects the historical events of the Wilmington Insurrection without sensationalizing them. Although Chesnutt hoped that his book would help to improve race relations in the United States, the book was a commercial and critical failure. For readers today, however, the novel is a picture of how far we have come, and a chilling reminder of how far we have left to go.

With a beautifully designed cover and professionally typeset manuscript, this edition of Charles Chesnutt’s The Marrow of Tradition is a classic of African American literature reimagined for modern readers.