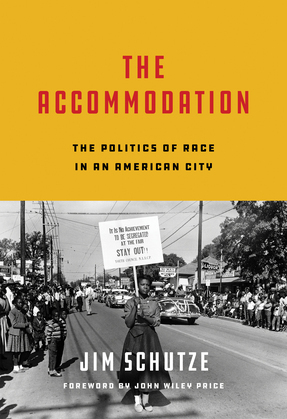 The powerful, long-repressed classic of Dallas history that examines the violent and suppressed history of race and racism in the city. Written by longtime Dallas political journalist Jim Schutze, formerly of the Dallas Times Herald and Dallas Observer, and currently columnist at D Magazine, The Accommodation follows the story of Dallas from slavery through the Civil Rights Movement, and the city’s desegregation efforts in the 1950s and ‘60s.

Known for being an uninhibited and honest account of the city’s institutional and structural racism, Schutze’s book argues that Dallas’ desegregation period came at a great cost to Black leaders in the city. Now, after decades out of print and hand-circulated underground, Schutze’s book serves as a reminder of what an American city will do to protect the white status quo.