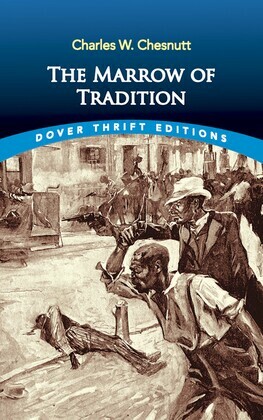 The Marrow of Tradition

by Charles W. Chesnutt (Author)
Buy for $7.00 Excerpt
Fiction Christian Historical Nonfiction Literary collections American African American Social science Sociology
warning_amber
One or more licenses for this book have been acquired by your organisation details
In this landmark tale, one of the great American novelists exposed the harsh dimensions of Southern prejudice during post–Reconstruction era. Charles W. Chesnutt traces the intertwined lives of two prominent families: one headed by a newspaper editor and flagrant white supremacist; the other by the founder of a hospital for African Americans, whose biracial wife is the unacknowledged half-sister of the editor's wife. Their personal dramas unfold amid an atmosphere of public hysteria that erupts in a massacre — one based on an actual incident.
The 1898 race riot of Wilmington, North Carolina, left a considerable number of African Americans dead and expelled thousands more from their homes. Chesnutt drew upon survivors' accounts, including those of members of his own family, for an authentic retelling of the facts. His powerful and passionate exploration of how miscegenation, social rank, and the concept of white supremacy gave rise to Jim Crow laws provides an insightful analysis of racial conflict at the turn of the twentieth century.
Format
EPUB
Protection
DRM Protected
Publication date
January 15, 2020
Publisher
Dover Publications
Collection
Dover Thrift Editions: Black History
Page count
240
ISBN
9780486845968
Paper ISBN
9780486838373
File size
1 MB
4035936
item