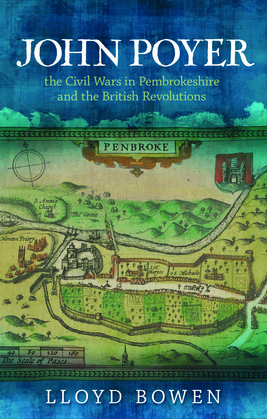 John Poyer, the Civil Wars in Pembrokeshire and the British Revolutions

This is the first book-length treatment of the ?turncoat? John Poyer, the man who initiated the Second Civil War through his rebellion in south Wales in 1648. The volume charts Poyer?s rise from a humble glover in Pembroke to become parliament?s most significant supporter in Wales during the First Civil War (1642?6), and argues that he was a more complex and significant individual than most commentators have realised. Poyer?s involvement in the poisonous factional politics of the post-war period (1646?8) is examined, and newly discovered material demonstrates how his career offers fresh insights into the relationship between national and local politics in the 1640s, the use of print and publicity by provincial interest groups, and the importance of local factionalism in understanding the course of the civil war in south Wales. The volume also offers a substantial analysis of Poyer?s posthumous reputation after his execution by firing squad in April 1649.