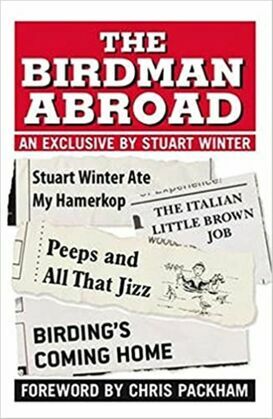 by Stuart Winter (Author)
Buy for $7.99 Excerpt
Nonfiction Humor Topic Animals Birds
warning_amber
One or more licenses for this book have been acquired by your organisation details

Stuart Winters Tales of a Tabloid Twitcher earned many plaudits in 2010, as the birder journalist who brought the subjects of birdwatching and conservation to millions of red-top readers over a period of more than a decade shared some of his most captivating scoops. This second installment of tales follows a similar format and covers stories from around the world. Each of the 20 or so chapters covers a range of tales and issues at a rapid pace, and is accompanied by a series of amusing line drawings. Once again there are stories of sin and scandal mixed with serious messages about bird conservation and the environment. Thanks to Stuarts role as news editor on a national newspaper the title is guaranteed to be heavily promoted to a wide audience of interested readers of his Birdman column among the Sunday Expresss weekly readership of 600,000 people, as well as in the birding and wildlife magazines for which he regularly contributes.