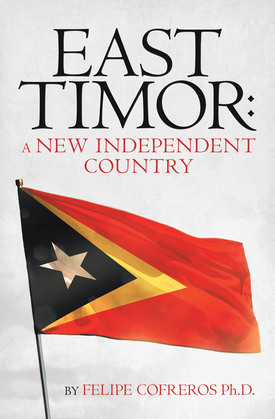 by Felipe Cofreros Ph.D. (Author)
Buy for $3.99 Excerpt
Nonfiction History History by country Asia Southeast Asia
warning_amber
One or more licenses for this book have been acquired by your organisation details

East Timor or Timor-Leste officially the Democratic Republic of Timor­ Leste is country in Maritime Southeast Asia. It comprises the eastern half of the island of Timor,the nearby islands of Atauro and Jaco, and Occusse, an enclave on the northwestern side of the island surrounded by Indonesian West Timor. Australia is the country's southern neighbor, separated by the Timor Sea. The country's size is about 15,007 km. (5,794 sq,m)

East Timor was a de facto province of Indonesia, whose territory ccrresponded to the previous Portuguese Timor and to the presentlty independednt country of Timor Leste.
From 1702 to 1975 East Timor was an Overseas territory of Portugal named "Portuguese Timor"in 1974, Portugal initiated a gradual decolonization process of its remaining territories,including Portuguese Timor. During the process, a civil conflict between the different Timorse parties erupted in 1975. Indonesia invaded East Timor and in
1976, it formally annexed the territory, declaring it as its 27th province and remaining it Timor Timur. The United Nations,however, did not recognize the annexation,continuing to consider Portugal as the f
legitimate administering power of East Timor. Following the end of Indonesian occupation 1999, and a United Nations administered transition period,East Timor became formally independent of Portugal In 2002 and adopted the official name of Timor Leste.