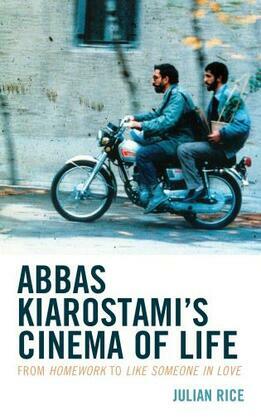 by Julian Rice (Author)
Buy for $45.00 Excerpt
Nonfiction Arts Film & video Guides & reviews History & criticism Performing arts
warning_amber
One or more licenses for this book have been acquired by your organisation details

Standing apart from celebrated Iranian ideals of war and martyrdom, revolutionary filmmaker Abbas Kiarostami was known as a man who praised life and celebrated it in all his works. Creating films for more than 40 years during times of unending war and political turmoil, Kiarostami promoted the Sufi tradition of seeing God as part of nature and the pre-Islamic Zoroastrian ideal of environmental protection.

Kiarostami’s self-image as a citizen of the world, his renunciation of war, and his concern for the future of nature cement his importance within the art form of poetic cinema. Addressing Kiarostami’s illumination of humanity’s self-destructive tendencies, author Julian Rice presents a detailed analysis of twelve individual films, from Homework (1989) to Like Someone in Love (2012).

Departing from concerns of spectatorship or film in general, Rice’s book portrays the human and spiritual core of Kiarostami. Connected to all other humans and to the earth we all inhabit, Kiarostami’s vision remains a powerful message for film scholars and peaceful people everywhere.