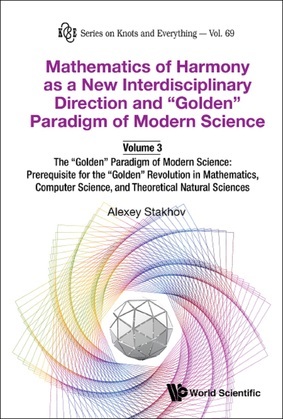 Volume III is the third part of the 3-volume book Mathematics of Harmony as a New Interdisciplinary Direction and 'Golden' Paradigm of Modern Science. 'Mathematics of Harmony' rises in its origin to the 'harmonic ideas' of Pythagoras, Plato and Euclid, this 3-volume book aims to promote more deep understanding of ancient conception of the 'Universe Harmony,' the main conception of ancient Greek science, and implementation of this conception to modern science and education.This 3-volume book is a result of the authors' research in the field of Fibonacci numbers and the Golden Section and their applications. It provides a broad introduction to the fascinating and beautiful subject of the 'Mathematics of Harmony,' a new interdisciplinary direction of modern science. This direction has many unexpected applications in contemporary mathematics (a new approach to a history of mathematics, the generalized Fibonacci numbers and the generalized golden proportions, the generalized Binet's formulas), theoretical physics (new hyperbolic models of Nature) and computer science (algorithmic measurement theory, number systems with irrational bases, Fibonacci computers, ternary mirror-symmetrical arithmetic).The books are intended for a wide audience including mathematics teachers of high schools, students of colleges and universities and scientists in the field of mathematics, theoretical physics and computer science. The book may be used as an advanced textbook by graduate students and even ambitious undergraduates in mathematics and computer science.Contents:

Sample Chapter(s)
Preface to the Three-Volume Book
Introduction
Chapter 1. Mathematics of Harmony as a Prerequisite for the 'Golden' Revolution in Mathematics and Computer Science