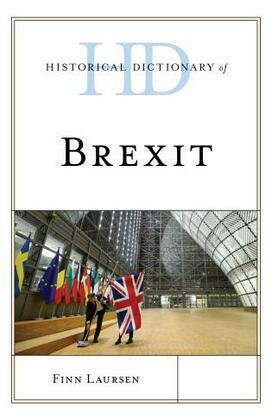 by Finn Laursen (Author)
Buy for $118.50 Excerpt
Nonfiction Social science Political science Reference Reference Dictionaries
warning_amber
One or more licenses for this book have been acquired by your organisation details

Brexit is the withdrawal of the United Kingdom from the European Union. The relationship between Great Britain and the European Union is a long and complicated one, the UK opted out of a membership in the EU (or then European Economic Community) back in 1950, set up a rival group known as the European Free Trade Association (EFTA) in 1961, applied for EU membership in 1971 where it became an "awkward partner" for decades only to withdraw at midnight on 31 January 2020 at which time it became a fully sovereign country again

Historical Dictionary of Brexit contains a chronology, an introduction, and an extensive bibliography. The dictionary section has more than 300 cross-referenced entries terms, persons and events that shaped Brexit. This book is an excellent resource for students, researchers, and anyone wanting to know more about Brexit.