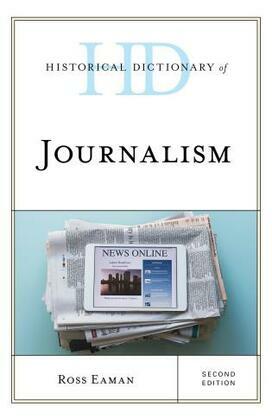 This book covers the history of journalism as an institutionalized form of discourse from the acta diurna in ancient Rome to the news aggregators of the 21st century. It traces how journalism gradually distinguished itself from chronicles, history, and the novel in conjunction with the evolution of news media from news pamphlets, newsletters, and newspapers through radio, film, and television to multimedia digital news platforms like Google News.

Historical Dictionary of Journalism, Second Edition covers 46 countries, it contains a chronology, an introduction, an extensive bibliography, the dictionary section has more than 300 cross-referenced entries on a wide array of topics such as African-American journalism, the historiography of the field, the New Journalism, and women in journalism. This book is an excellent resource for students, researchers, and anyone wanting to know more about journalism.