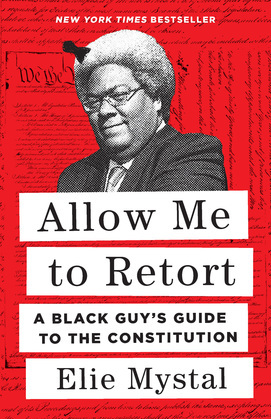 Allow Me to Retort

First Book by A Rising Star author: Mystal regularly appears on: All in With Chris Hayes, The Beat with Ari Melber, A.M. Joy with Joy Reid, Up with David Gura, The Brian Lehrer Show, All Things Considered, Radiolab,

Platform: Mystal has written for: The New York Times, The Washington Post, The Los Angeles Times Opinions, The New York Daily News, CNN Opinions, and The Nation. He has over 80,000 followers on Twitter.

Audience: For Ari Melber‘s audience: an advocacy book about legal and constitutional concepts, put in a format that is readable and accessible to non-lawyers&emdasha great airplane read.

Feature on the author: “How Elie Mystal Quit Practicing Law and Wrote About it Instead”&emdashhttp://www.lessonsfromaquitter.com/episode32/