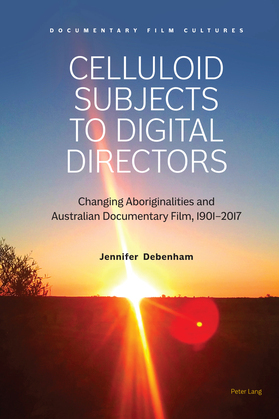 by Jennifer Debenham (Author)
Buy for $82.95 Excerpt
Nonfiction History History by country Australia & New Zealand
warning_amber
One or more licenses for this book have been acquired by your organisation details

How did Australia?s Aboriginal and Torres Strait Islander population go from being the objectified subjects of documentary films to the directors and producers in the digital age? What prompted these changes and how and when did this decolonisation of documentary film production occur? Taking a long historical perspective, this book is based on a study of a selection of Australian documentary films produced by and about Aboriginal peoples since the early twentieth century. The films signpost significant shifts in Anglo-Australian attitudes about Aboriginal and Torres Strait Islanders and trace the growth of the Indigenous filmmaking industry in Australia.

Used as a form of resistance to the imposition of colonialism, filmmaking gave Aboriginal people greater control over their depiction on documentary film and the medium has become an avenue to contest widely held assumptions about a peaceful colonial settlement. This study considers how developments in camera and film stock technologies along with filmic techniques influenced the depiction of Aboriginal and Torres Strait Islanders. The films are also examined within their historical context, employing them to gauge how social attitudes, access to funding and political pressures influenced their production values. The book aims to expose the course of race relations in Australia through the decolonisation of documentary film by Aboriginal filmmakers, tracing their struggle to achieve social justice and self-representation.