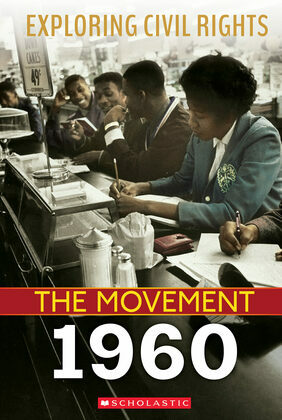 by Selene Castrovilla (Author)
Buy for $11.99 Excerpt
Nonfiction Juvenile History United States 20th century
warning_amber
One or more licenses for this book have been acquired by your organisation details
Key events of the Civil Rights Movement will be brought to life in this exciting and informative new series.

The year 1960 was a turning point in the civil rights movement as young Black men and women became peaceful warriors for change. In February, four Black college students, known as the Greensboro Four, were refused service at a lunch counter in North Carolina. Their sit-in inspired similar protests across the country, demonstrating the ideals of civil disobedience and nonviolent resistance. In November, as the year drew to a close, the nation’s eyes were on Ruby Bridges, a Black first grader who bravely integrated the William Frantz Elementary School in New Orleans. Desegregation would create a crisis of law and order throughout the South as the decade continued.