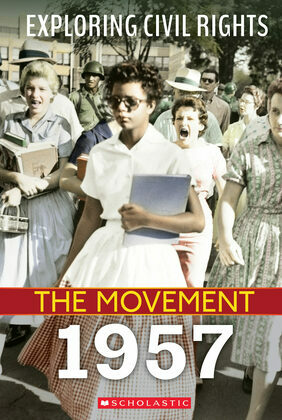 by Susan Taylor (Author)
Buy for $11.99 Excerpt
Nonfiction Juvenile History United States 20th century People & places United States African American
warning_amber
One or more licenses for this book have been acquired by your organisation details
Key events of the Civil Rights Movement will be brought to life in this exciting and informative new series.

1957 was a year of new beginnings and hope for a growing movement. In January, prominent civil rights leaders attended a historic meeting in Georgia with Dr. Martin Luther King Jr. at the helm. In September, as protests were heating up around the nation, a group of Black students, known as the Little Rock Nine, integrated Central High School in Little Rock, Arkansas. At the same time, activists’ push for legislation resulted in the passage of the Civil Rights Act of 1957. Progress toward equality for Blacks was slow, but people’s commitment to the movement continued to deepen by the year as the prospect of change seemed possible.