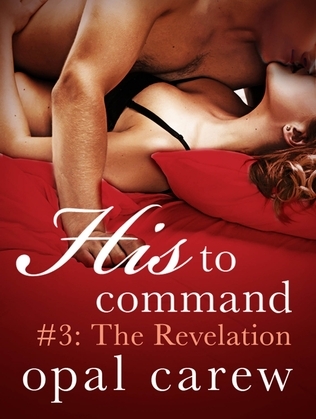 His to Command #3: The Revelation

After acknowledging her role in their breakup, Kate has a decision to make: should she accept Matt's invitation to spend a week at his mansion exploring her submissive side? If she agrees to yield to his instruction, they'll test the boundaries of passion?and explore her darkest longings. But as they get closer, uncertainties and secrets plague them once more, and for Matt, one secret in particular could destroy his entire future with the woman he loves.