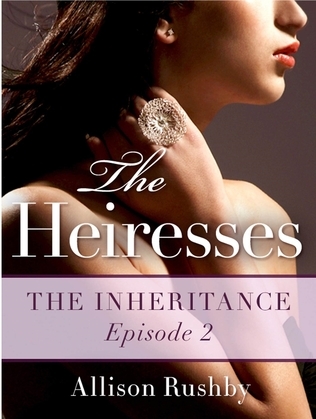 Triplets?estranged since birth?are thrust together in glittering 1926 London to fight for their inheritance, only to learn they can't trust anyone?least of all each other.

After quickly settling into their aunt's London townhouse, the girls soon meet their half-brother, Charles, an up-and-coming politician who would like nothing better than to see them disappear and his family name left intact. He refuses to bestow any of their inheritance upon them unless all three leave the city for good. The girls decide to form a united front and fight Charles together. However, when Clio?desperate for money for the ailing mother who adopted her?approaches Charles without telling anyone, she finds out a secret so shocking it could change everything forever.
Don't miss the other installments of Alison Rushby's exciting new e-serial novel The Heiresses: The Heiresses (Part 1), The Inheritance (Part 2), Secret Meetings (Part 3), Sisters Divided (Part 4), Mistresses and Mayhem (Part 5) and A Father's Sins (Part 6).