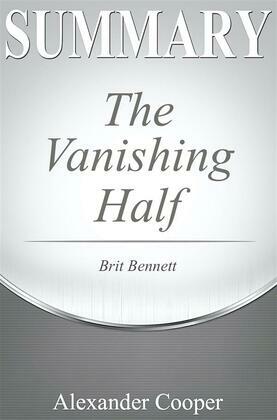 The Vanishing Half, published in June 2020, is the second novel by author Brit Bennett. It became a New York Times bestseller and was selected as a Good Morning America Book Club Pick. The novel explores the themes of female family bonds and the Black experience in America. Bennett covered similar material in her debut novel, The Mothers (2016), which also became a New York Times bestseller. HBO has purchased the film rights to The Vanishing Half with the intention of creating a limited TV series from the material. Page number citations in this guide refer to the Kindle edition.

The novel is set in several locations during different time periods. The story begins in the small village of Mallard, Louisiana, in 1968 and then skips to New Orleans, New York, Southern California, and back to Mallard between 1978 and the early 1980s. Just as the time and location shift among numerous places and decades, the limited third-person narrative point of view shifts among multiple people. Since the novel is driven by the perceptions and recollections of its characters, the story does not move in a linear fashion.

The plot concerns identical twins Desiree and Stella Vignes, who leave their small Louisiana village at the age of 16 to seek their fortune in New Orleans. Ten years later, their lives have diverged in radically different directions. Desiree has fled an abusive marriage to a Black man and brought her daughter back to Mallard, while Stella is passing for White, is married to a businessman, has a daughter with him, and lives in California.

Much of the novel recounts Desiree’s search for her missing twin and how that search is completed by Desiree’s daughter. In the process, the book explores the themes of how identity is constructed, the role that self-loathing plays in creating an alternate persona, and the social ostracism visited on those who are different from the norm in some way.