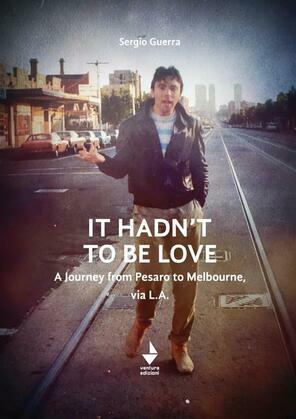 It hadn't to be love

by Sergio Guerra (Author)
Buy for €6.99 Excerpt
Nonfiction Arts Performing arts Storytelling
warning_amber
One or more licenses for this book have been acquired by your organisation details

This is an unfinished novel that Sergio Guerra allowed me to read at the beginning of 2019. He had talked about it more than once, and I wanted to look into the possibility of having it published. He played it down – it was a juvenile work, it was not finished, it had no worth, it was written in English, there were mistakes – but in the end he was pleased to salvage those pages from a distant past which was so dear to him. The story takes place in the 1980s – the years that followed bombs and repression, the years of disco music, of the first imported TV series, of yuppies, of junk-TV for those of us who stayed in Italy. But for Sergio, who speaks in the first person here, they were the golden years of Melbourne, of the search for a new citizenship in order to escape military service (compulsory until 2004 in Italy), of musical experimentations that would lead him to be a composer and a songwriter, as well as the beating soul of several local bands – from the Fratelli Tessuto [Tessuto Brothers] to the Soul Fix, up to the Orchestra Orientabile [Orientable Orchestra] – once back in Italy, this time to stay, after his mother’s sudden death after being run down on a pedestrian crossing.