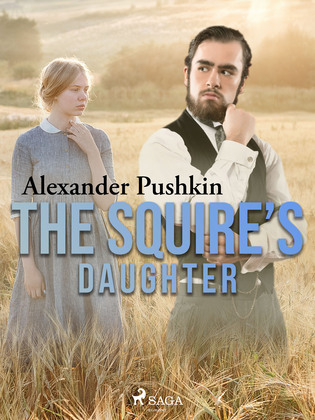 Being the last tale from the collection "The Belkin Tales", "The Squire?s Daughter" is a story about disguises and playing tricks on people. The heroine Lizaveta decides to fool the rich and handsome Alexei, but even she does not know how far the deceit can go. Humorous, innocent, and a little devilish, Pushkin?s story is a merry account of women?s devious behavior, always chasing their own end of the deal. But, as all masquerades come to an end, the finale is inevitable and all things fit their proper place.

Deservedly labelled "the best Russian poet", Pushkin?s short life did not prevent him from ushering Russian literature into its modern era. A master of the vernacular language and multifarious and vivid writing style, Pushkin?s oeuvre was of great influence to a whole legion of Russian writers and literary styles. Among his best-known works are the narrative poems "Ruslan and Ludmila" and "Eugene Onegin", the drama "Boris Godunov", several novels, short stories, and fairy tales.