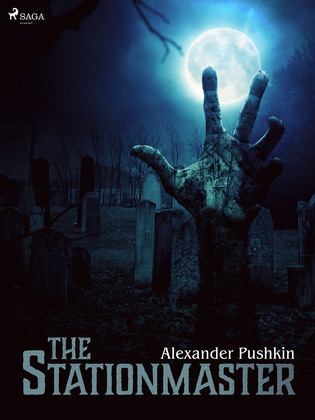 What seems to be quite an ordinary short story of a seduction and abduction of a young girl, "The Stationmaster" proves to be one of Pushkin?s best tales. At first sight an innocent kiss, the parting gift of Dunia to the traveler sends the mundane world of the stationmaster Samson Vyrin into complete disorder. Pushkin?s narrative style and knowledge of the human soul paint a picture of emotional waterfalls and whirlpools that threaten to engulf the characters. A story about how people cope with loss and helplessness.

Deservedly labelled "the best Russian poet", Pushkin?s (1799-1837) short life did not prevent him from ushering Russian literature into its modern era. A master of the vernacular language and multifarious and vivid writing style, Pushkin?s oeuvre was of great influence to a whole legion of Russian writers and literary styles. Among his best-known works are the narrative poems "Ruslan and Ludmila" and "Eugene Onegin", the drama "Boris Godunov", several novels, short stories, and fairy tales.